Wine from Menorca, a great way to taste the island! 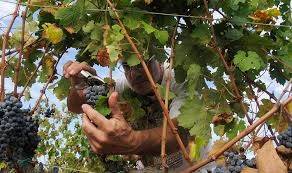 If you come to Menorca on holidays, take advantage and have a taste of it. On the island there is a wide range of products such as food and drinks, some of which are very popular and worth discovering. One among them is the wine made under the quality label of “Vi de la Terra Illa de Menorca”, a protected geographical denomination that ensures that the grapes used are grown on our Biosphere Reserve island.

The winemaking tradition in Menorca dates back to centuries ago and, in fact, early in the 13th century wine was already considered a gift worthy of kings. Under the British rule in the 18th century, Menorcan wine production saw a sharp rise for both local and exporting consumption. However, in the 19th century trade decline and vineyard plagues virtually put an end to this ancestral activity for good. It was only at the end of the 20th century that some local entrepreneurs decided to recover the winemaking tradition on the island. Since then, several wineries have emerged that, apart from growing and making their own wine, are also open to visitors who would like to get an up close look at their premises and taste their wines.

The most representative varieties of the region are Merlot and Cabernet Sauvignon. These red wines show an aroma of red berries and spices. In mouth, they are structured and well-balanced. With regard to white wines, those made with Malvasía grapes are a highlight, with strong aromas and notes of plants and flower. These are usually fresh, dry and intense wines.

Apart from buying wines in the wineries and cellars directly, you can also find them in many wine shops around Menorca as well as in markets, wine bars… Or you can taste them at many restaurants and bars around the island. Some of these take part in the so-called Ruta del Vino (Wine tour) where they pair Menorcan wines with traditional island recipes. Bon appétit!